If you are thinking of learning a new language and are not sure where to start, you might want to consider German. In contrast to what you might think, German is not limited to being spoken only within the borders of Germany.

In total, there are around 120 million native German speakers around the world. This mainly consists of the populations of the SIX countries where it is an official language. The six countries are: Germany, Belgium, Austria, Switzerland, Luxembourg and Lichtenstein.

There are a further 7 million speakers of German world-wide who speak it as a second language. The largest communities of German speakers outside of Europe? The United States, Brazil and Argentina!

In 2012, German was the third most studied language in the USA, behind Spanish and French. But otherwise, until this year, it was not a language that was growing. However, a survey released by Germany’s Foreign Office in April this year showed that, for the first time in 15 years, the number of people studying German at schools, universities or Goethe Institutes has grown to more than 15.4 million people. The language is also becoming increasingly popular in China and Brazil.

Theories as to WHY German is growing again are diverse. Many hold that, as Germany emerges as the economic powerhouse of Europe after the crash, many more developing countries see German as a strategic tool to help with seeking investment and funding.

This would seem to be backed up by the numbers in the survey which also show growing numbers of people studying German in Turkey, Serbia, Bosnia-Herzegovina and Macedonia. One of the most interesting facts about this survey though, is that the figures only account for people learning German at school or University… it does not cover people learning privately or individually. This hints that the numbers may in fact be far greater as many working people could be following the same trend via private institutions and online learning tools.

Whichever category you fit into, it is clear that German is on an upward curve in terms of popularity. If your business is in Europe, perhaps it’s something you should consider as well.

If you’re busy learning a new language, remember that the best way to learn is to immerse yourself as much as possible in your target language. Listen to German radio, watch German TV, hold conversations in German and practice writing. If you’re lucky enough to live in a German-speaking country, this will be relatively easy, if you’re not, thinking about seeking out online tools and apps to help you speak and practice as much as possible.

Here at TalenInstituut Nederland (The Dutch Language Institute) we understand the needs that companies face as well as the fears individual learners feel. This is why we offer flexible, fully customised Business language courses (including German) to businesses and individuals. Through a process of interviews and meetings we establish the unique needs and competence of our clients and design each and every course around those. To find out more about our Business Language courses, visit our website and ask us for a quote: www.taleninstituut.nl 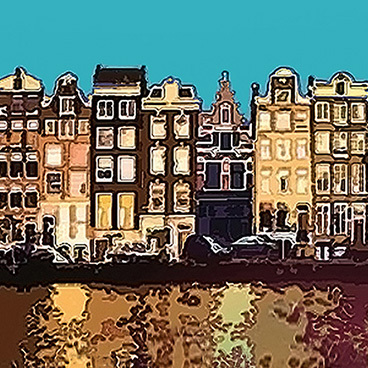